Author Susan J Kroupa describes herself as a grandmother, writer, amateur musician and dog lover (you’ll see how much below). As a fellow music lover I was drawn to her beautiful tale and pleased she put time in her schedule to stop by to share what inspired it and what else she’s up to. 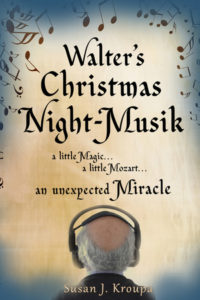 A little magic, a little Mozart, an unexpected miracle on Christmas Eve…

Nothing has gone right for Walter Gunther since his wife died. He had to sell his music store to pay her medical bills and take a job as a clerk in Disks Galore, a big box music store. His manager bullies him and knows nothing about the classical music Walter has cherished all his life. The man can’t even pronounce Mozart’s name correctly. But when Walter is forced to work late on Christmas Eve, he receives a musical gift beyond his wildest imagining.

Originally published in Realms of Fantasy (December 1997), “Walter’s Christmas-Night Musik” was hailed for its “affectionate musical expertise and good-natured charm,” by Locus reviewer Mark Kelly, who also chose it as the best story of that issue. A warm and wonderful story sure to delight music lovers everywhere.

1. What inspired this Christmas story?

The short answer is a lifetime of loving classical music. When I sat down to write it, the story simple presented itself in its entirety—not my usual, walking-barefoot-over-stones-with-bleeding-feet, writing experience at all.

But the longer answer is that I have a degree in music theory, and worked for a time as a music reviewer and columnist for a newspaper in Bloomington, IN. Some years later, that experience helped me to get a job at a city library in Utah, where one of my supervisors was a man who had spent his life immersed in music. He had put together a collection of music for the library—LPs, tapes, and sheet music—that many regarded as the best in the state. You could ask him any question about music and he would know the answer or know where to find it. After “Walter’s Christmas-Night Musik” was published, he came to me and told me how much he’d enjoyed the story.  “Of course, you based Walter on me,” he said. My jaw dropped because he was right, but I hadn’t realized it until that moment.  Oh, the tricks these crafty muses like to play on us!

Oh, so glad you asked! I have a new Christmas short story, “Balance Due,” about how 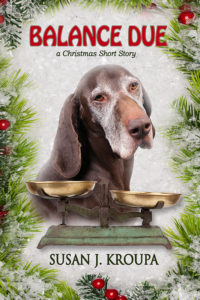 rescue dogs can rescue us, that will be on sale next week. And, the week after that, look for A Most Magical Christmas: Five Tales of Yuletide Wonder, which inclu 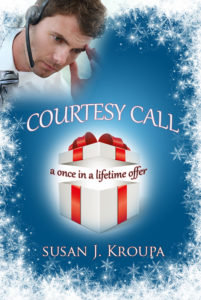 I’m also working on a new mystery set in the Blue Ridge Mountains, where I have the amazing good fortune to live, and on the next book in the Doodlebugged series.

3. What do you wish someone would ask you and how would you respond?

Well, if you happen to love dogs and gentle, laugh-out-loud mysteries, I hope you’d ask about my Doodlebugged books. These books, popular with kids and adults alike, feature Doodle, an obedience- 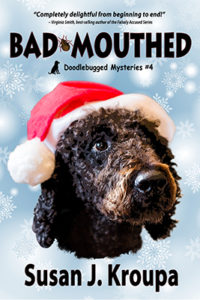 impaired service-dog flunkee, whose “career change” lands him a job as a sniffer dog. Doodle wants to keep his relationship with his new boss on a strictly business level: do the work and get paid (in his case, with treats), nothing more, nothing less. But Molly, the boss’s ten-year-old daughter has a different plan, and when she and Doodle end up in danger, everything changes. Perfect reading for the whole family.

Some of the Doodlebugged Mysteries will be on sale in December, especially Bad-Mouthed (which could be titled “A Dog’s Christmas”) so watch my webpage or subscribe to my newsletter to find out when.

Find out more about Susan J Kroupa at http://www.susankroupa.com

In this special blog feature I am highlighting the amazing authors whose stories are in  The Christmas Tales Bundle. At first I wasn’t sure author Bonnie Elizabeth would have a chance to stop by. This versatile woman has worked in various fields (see question 2) and presently writes every day while being the slave–excuse me– […]