Forget Having One Identity 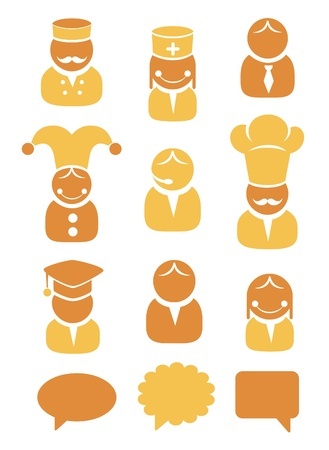 The thing is most people are afraid to step out, to take a chance beyond their established identity.
Demi Moore

Remember when you were a kid and you said I want to be a ballerina, a skydiver and a teacher?

You didn’t? That’s okay. You still can.

You can be many things. Maybe not all at once but you have a lifetime to discover all that you can do.

I read about a woman who was a doctor and later a restaurateur; a nurse who became a lawyer in her sixties, a teacher who turned to cooking, an acupuncturist who turned to construction, and a homemaker who later became an actress.

What does this have to do with being creative?

I hope you’re ahead of me, but I’ll say it anyway: Don’t get wrapped up in one identity.

You can be many things. Not all at once, but you have a lifetime to discover all that you can do and be.

My potential is more than can be expressed within the bounds of my race or ethnic identity.
Arthur Ashe

Why am I bringing this up? Because when you base your identity on one thing—status, awards, fame etc..– when it gets hit, it can have devastating consequences.

I was saddened to read about the possible suicide of renown chef Benoit Violier,  it reminded me of the suicide of celebrated three-star chef Bernard Loiseau who died in 2003, a hunting rifle found next to his body. His death followed rumors that his establishment could possibly lose one of its three stars in the Michelin Guide. A terrifying thought to any chef.

I know depression is real. So is burnout (and a host of other emotions) but  in order to avoid being or having just one identity consider this:

Be more than your art.

Be more than how people perceive you.

Be more than one thing, because in truth you already are.

My latest non-fiction title, 10 Things to Forget: to be Creatively Free was a blast to write. On this blog, I’ve been writing on topics that didn’t make it into the book and others I’ve expanded on. You can read the other posts here.

“Nothing in life is to be feared. It is only to be understood.”  Marie Curie I read a fascinating article called Hanson Could Have Disappeared. Here’s Why They Didn’t in the February 2016 issue of Entrepreneur. (For a little background Hanson is an American band,  made up of three brothers, that broke out in the […]