In case you’re ready to give up

Because I’ve gotten a number of private comments from people disappointed with what they have to show for their efforts, ready to throw in the towel, I thought I’d re-post something I’d put up in 2016 and think is still relevant today.

Is this all there is? 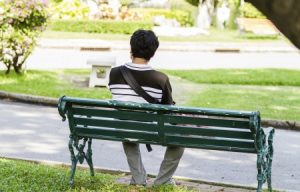 For now, only three people may:

Show up at your talk.

Listen to your podcast.

For now, as you hear the loud applause and cheer for other artists, your efforts will feel like a waste—useless.

You may feel invisible and powerless and decide to quit.

Which is fine. I’ve thought of quitting lots of times (still do every once in a while).

But…understand this. The small audience matters too. Don’t underestimate the power of getting someone’s attention.

Don’t dismiss the privilege of getting people—one by one, week by week, year by year—to notice you and then pay you for your work. To show up and ask for more. That kind of connection is golden.

But it takes time.

Don’t get mad at the size of your audience.

Yes, I know it’s small, but it won’t stay small.

Yes, I know they can’t support you, but one day they might.

Yes, I know you have grand dreams and you’ve been working hard and you’re frustrated, but you’re still learning and growing and hopefully having fun.

Don’t get mad at them for not being larger or grander or more influential.

Because the truth is no matter how small your audience is, you’re lucky to have one.

It’s easy to take that for granted.

While you’re asking, ‘Is this all there is?’

They’re saying, ‘We’re here. What are you going to do now?’