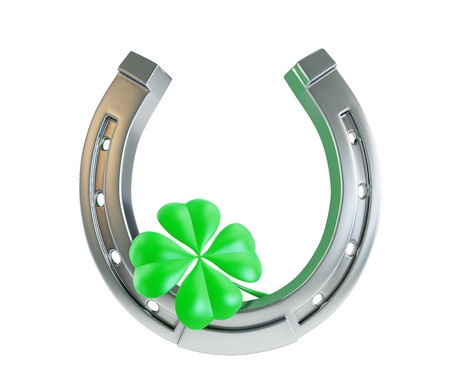 Of course I’m not saying that luck doesn’t exist. It does, but “You’re so lucky” is a compliment handed to artists more than other professionals and with it is a belief that you’re a lottery winner, you were chosen, and your success has nothing to do with you. It could have happened to anyone so don’t get too proud.

“I’m a great believer in luck, and I find that the harder I work, the more I have of it.” Stephen Leacock

When offered this compliment, just nod and smile. You can even say ‘Yes, I am,’ which will really throw people off, then toss it aside and get back to work.

I believe the following poem from an unknown author sums it up beautifully.

They Called it Luck

He worked by day

and toiled by night.

He gave up play

with faith and pluck.

And when he won,

they called it luck.

That’s a silly poem you may say. Some people are truly lucky and I’m one of them. I’ve had so many good breaks and things fall into place.

I won’t argue with you because so have I. However, if you’re not careful you’re setting yourself up for failure.

When things don’t work out, when your career hits a major blow, when your work is out of favor, does that mean your luck has run out? Is your entire career based on the whims of fate?

I don’t think so.  Whether you’re grinning in the sun or crying in the rain, your actions are what define you.

If you stay productive over a long period of time (years), good and bad things will happen. Your task as a creative is to continue to create through both. It sounds easy, but it’s hard.

So may luck shine down on you and when it doesn’t, create your own. People won’t know the difference.