Behind the Scenes of HONEST BETRAYAL 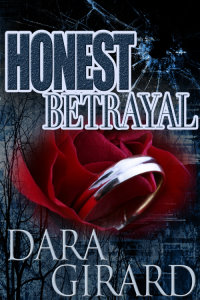 Marriage of convenience is always a fun premise that is rife with juicy conflict for a writer to delve into, but I didn’t just choose it from a writer’s perspective.

Although I was once told by an agent that nobody does a marriage of convenience anymore (whether in real life or in fiction), I just listened and smiled instead of bursting into laughter at her naivete.  First, if you’ve read my post “Forget Everybody” you know how I feel about the word NOBODY. Second I had read about modern day marriage of convenience in fiction and had seen them in real life.

Newsflash, people still marry for reasons other than love. I know, I know it’s not popular to mention our rather mercenary history of marriage but the basic reason why the institution of marriage was created hasn’t disappeared. I’ve seen people marry for green cards, money, to escape their parent’s rule, because of familial duty, biological reasons, fear of dying alone etc… Some matches have worked and some haven’t. Just like some of the ‘love matches’ I’ve attended. (Man that song “It’s a Thin Line Between Love and Hate” is certainly true for some.)

Once I had the premise, I needed the right pair to venture into this union and Brenna Garrett and Hunter Randolph proved to be up to the challenge. I admit Hunter was one of my most dark and complicated characters, but Brenna knew how to handle him.

Of course I couldn’t allow them a smooth journey so they also have to deal with Hunter’s grandfather, the domineering Orson Randolph, his conniving cousin Doran, his mysterious mother Ruby, Brenna’s first love Byron and others who take hold of each page with their loves and frustrations.

If you enjoy your books with a large dose of family drama, lots of plot twists, a man being taught to love by a woman who can show him how and a happy ending, then HONEST BETRAYAL is just for you.